A hidden compositional element to pull the eye into your images

Posted on April 15, 2013 by Damon (Editor) | Comments Off on A hidden compositional element to pull the eye into your images 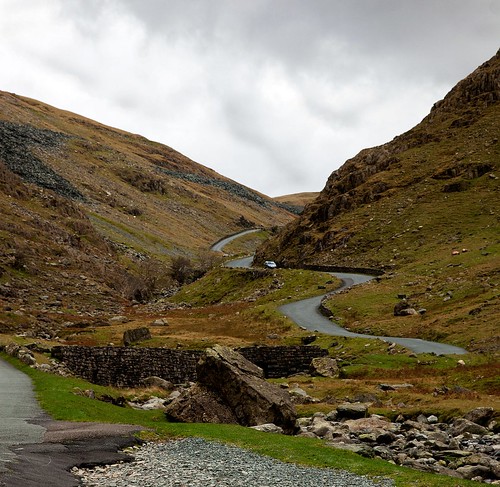 Add depth to your images.

Look at the scene and find ways to show depth. If you want a scene to be convincing you should consider all the compositional angles. In particular the depth. A flat image is not convincing. One of the ways to achieve depth is to incorporate overlap in the scene elements.

In composition overlap is where one element of the scene is partially obscures another. It is a simple concept and one that creates a marker for the eye. If we see something that is obscured by another thing we have learned from experience that there is a distance between them. The relative sizes of the objects help us to guess what distance separates them.

We cannot immediately tell the relationship between far away or small objects if objects don’t overlap. We don’t have a reference point between them. We can project some sort of guessed perspective and under some circumstances we can guess by the effect of atmospherics (like haze, fog or dust in the air). However, in most cases that takes thinking and time to do. When a viewer is looking into an image they will not take the time to do that sort of guesswork. We need to make the depth immediately obvious, or we will lose the viewer.

The picture above is an example. There are several overlaps. The foreground road and grass verge slightly overlaps the large foreground rock. The latter forms a strong overlap with the wall. The mountain pass disappears into the distance around three spurs that inter-space with one another giving a strong sense of overlap right to the horizon.

Overlap is the key to the immediate recognition of depth in a lot of situations. Landscapes, and often in strange environments like tiny-scale close-ups, are good examples. When you are looking to help the viewer understand the image try and find ways to provide some overlaps so that the image clearly shows relative distance between objects throughout the distance into the shot.

Overlap is not always the good guy in an image. There are occasions when it is a source of confusion. For example the image below… 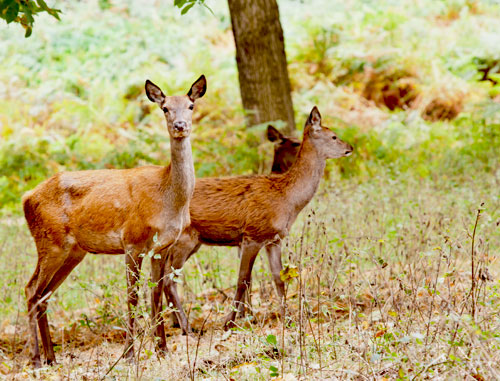 The picture shows three deer. You might need to take a second look. I did, and I took the picture. You see? Overlap has killed the image.

The most difficult overlaps you will find are the ones where there is little distance between the overlapping elements. In the case of the deer above the merge effect is almost absolute and the resolution of the second deer is spoiled. Its outline merges with the third one at the back. The legs are completely visually entangled. This is a clear confusion for the viewer.

The general rule with overlaps that do not work is clear…
Avoid overlapping objects that are similar and close.

Unfortunately that often includes people. When they overlap there is frequently confusion. This is especially the case when the clothing is similar (say, all black suits). Another example of problematic overlaps is with silhouettes. The outlines have to be very clear to carry a true sense of character. Otherwise, you cannot tell where one person ends and another begins.

As with so many good things there is a bad side. While overlap is a great help in establishing distance for the eye it can also be the villain. The trick is in understanding how much the eye interprets the similarity of the overlapping element and how much distance lies between them. Your judgement call, as a photographer, is to look at your composition and ask yourself if the viewer will interpret the overlap as help or confusion.

We would love to have your articles or tips posted on our site.
Find out more…
Write for Photokonnexion.
#2248#
This entry was posted in Composition, Insights, Light and Lighting, Shooting specific subjects, Tips Tutorials & Techniques and tagged Art, Camera, Composition, Creativity, Depth, How to Shoot, Image depth, Light, light and lighting, Perspective, Vocabulary. Bookmark the permalink.