Posted on September 10, 2013 by Damon (Editor) | Comments Off on Documentary… Ansel Adams 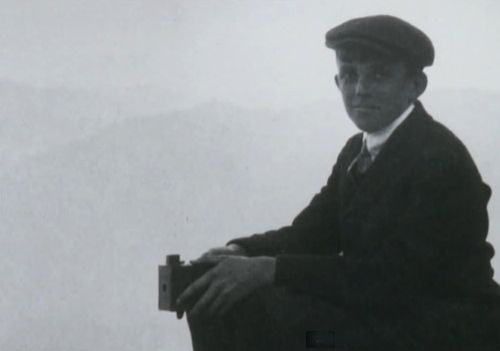 • Ansel Adams •
One of the all time greats in photography. This video is about his life, thoughts and work.
Image taken from the video.

There is a great deal to be said about Ansel Adams. He was a great photographer, thinker and artist. He was also an accomplished musician.

We have other Ansel Adams Resources on Photokonnexion.

At the time the video was removed it did not appear available online in another place. However, the subtext for the video as it was published is below. You may find it useful to use the text in case this video becomes available again at a later date.

Subtext for the video

Published on 29 May 2013
“The American Experience” Sierra Club Productions – Steeplechase Films
Ansel Adams is the intimate portrait of a great artist and ardent environmentalist — for whom life and art, photography and wilderness, creativity and communication, love and expression, were inextricably connected. ANSEL ADAMS, a ninety-minute documentary film written and directed by Ric Burns, and broadcast on national public television in April 2002, provides an elegant, moving and lyrical portrait of this most eloquent and quintessentially American of photographers. Written by Joshua Mueller
Category: Education
Licence: Standard YouTube Licence

Comments, additions, amendments or ideas on this article? Contact Us
or why not leave a comment at the bottom of the page…