The meaning in a photograph 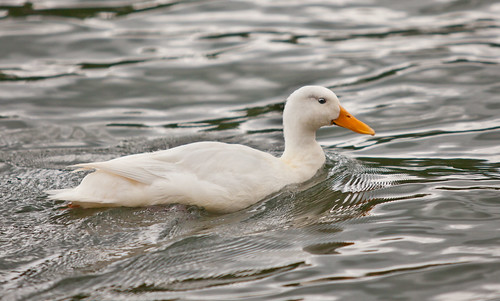 What does a photographer mean by their photograph?

Everything is open to interpretation. Art is a particular case in point. We see what we want to see in a photograph especially if the message is not clear. If the photograph is a good one however, then we understand it and it helps us to feel, know or understand something. That is what lies behind the old saying that a picture is worth a thousand words. Nevertheless, a picture is only worth those thousand word if it speaks to the viewer about the point of the photograph. If every viewer understands the point, then the picture probably is worth a thousand words.

We only feel compelled to push the shutter button when we have something ‘worth’ capturing. This ‘value’ is how strongly we feel about what we create and whether the photograph reflects the effort we made to capture the scene. For a photographer to feel that the picture was worthwhile they have to know, each time they look at it, what they felt when they took it. The meaning for them is in their connection to the moment of capture. The photographer, however, needs only a weak conveyance of meaning from a photograph. Their connection is supplemented by memory.

What about the general viewer of the photograph? They have no memory of the capture and so must find one hundred percent of the meaning in the shot. This a is greater and more intense problem than the photographers own satisfaction. For the viewer to get the message without a memory connection the message must be clear and on target.

I think this is where the true photographer departs from the happy snapper. Some people take joy in snapping merrily away at things they like. This is a great pass time and a fun activity. All photographers probably started with the sheer joy of capturing a scene. Then, later, feeling the moment come alive again when reviewing the pictures.

What makes a true photographer, I think, is in a question. When a photographer asks themselves, “How can I best capture this scene so viewers will understand what I feel right now”? Or, a similar question, “What is the best way to capture this so viewers know what I am showing them/explaining to them”? The photographer is essentially looking to create value in the picture so the viewer will find it worthwhile taking time to look at it.

There is nothing worse than a sharp image of a fuzzy concept.
Ansel Adams

The fuzzy concept idea relates to how well the photographer answered the appropriate question(s) above. Adams is saying, “it’s all very well to be technically excellent, but if you cannot convey feeling or meaning the picture is worthless”.

By asking how to phrase the picture for someone else, who was not at the capture, you are actively looking for ways to clarify the message of your picture, to give it clear meaning. When you have a clear message, meaning, or can convey a strong feeling, you have connected with the viewer. The concept is no longer fuzzy.

This idea about the ‘worth’, or ‘value’ of a picture provides a defining concept. The happy snapper is pursuing the pass time of photography for self-gratification.

The photographer on the other hand is creating images. These are pictures that are designed to conjure up feeling or meaning in the viewers mind. The photographer is actively seeking to stimulate minds other than their own with clear ideas conveyed through an image. Ideas that are not supplemented by the capture-memory.

The upstream struggle for the photographer is clear. Their work is to distil from a scene a clear meaning or feeling that is readily understood by others. The photographer is gratified when others are satisfied, pleased or stimulated by the image.

Posted on October 21, 2012 by Damon (Editor) | Comments Off on Simple philosophy, simple photography

The moment you look down a lens you see life differently.

It is almost as if what you see is disconnected from the ‘you’ standing there. Actually, as your photography develops, seeing through the lens becomes an extension of yourself. Photography is a continuous process of becoming connected to what you photograph. You want more detail and more insight as you see more through your glass.

It’s a part of the human condition to enjoy life, through which we gain insights. Such insights come also from the painful things we see. Pain and pleasure are two ends of the same scale. It is little wonder that photographers, and artists, through the ages have been both seers and the afflicted.

When we photograph we speak to the viewer. We tell them what we see. We transmit an image of our seeing. Our photographic insight is our communication.

Succeed a few times in passing simple, beautiful messages, and before long your photography becomes your philosophy.

Photokonnexion is a regular Twitterer. We try to pass simple messages to make people think more about photography. If you would like to follow us we are @photokonnexion on Twitter.