A History of Photography – Part Four

Posted on January 8, 2012 by Damon (Editor) | Comments Off on A History of Photography – Part Four 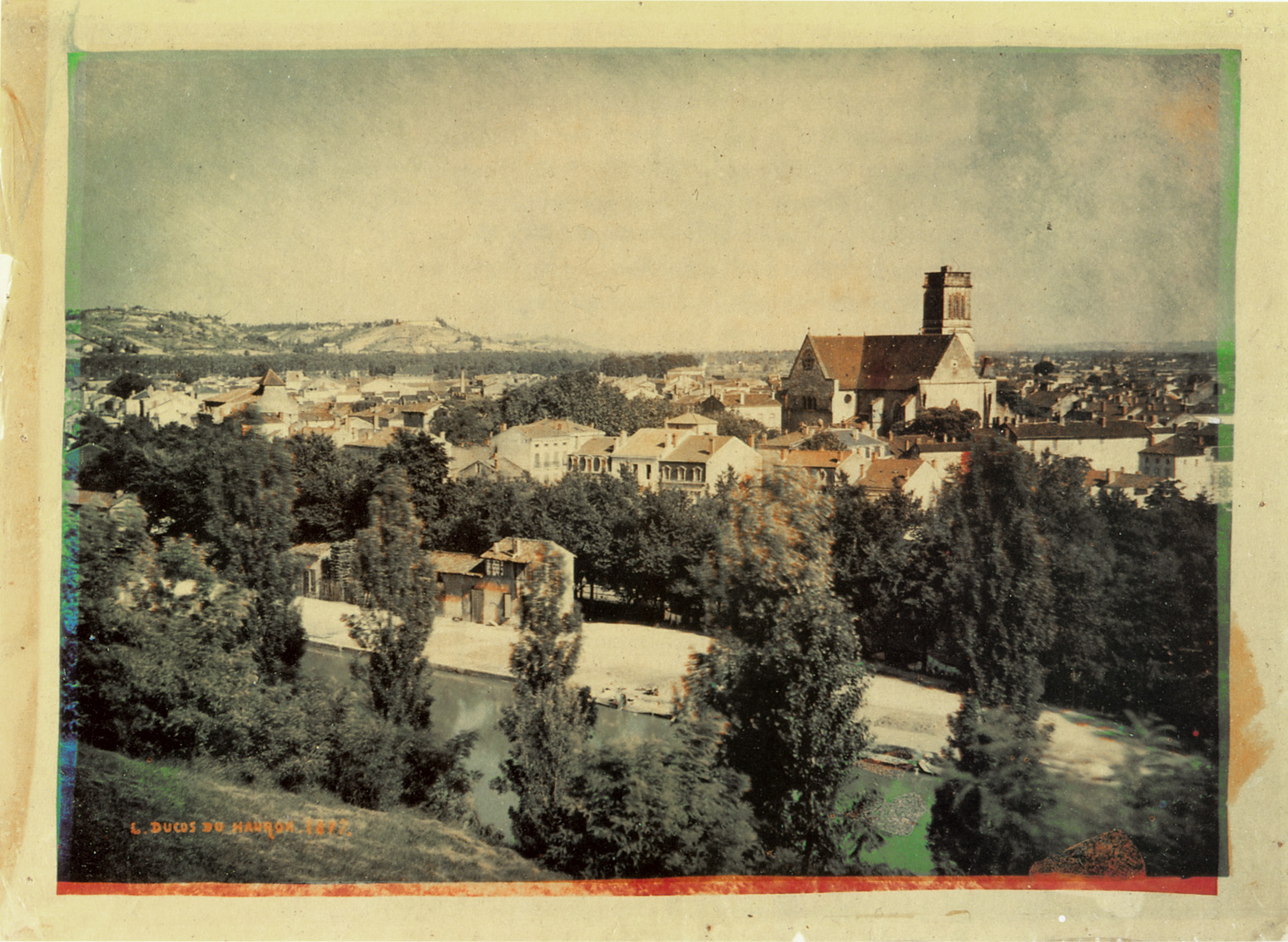 Early colour experiments began in the 1840s. The results were of little practical value. The search focussed on one emulsion to produce all colours. In 1855 physicist James Clerk Maxwell proposed three-colour processing. The human eye senses red, green and blue colours separately. Maxwell found that these three colours mixed to make colours of any hue. In the 1890s a workable colour process was developed from the work of Maxwell and others. However, the ability of the emulsions and gels to fix colours was poor. When workable colour did come along in 1898 it was very expensive, using three glass plates. Each had specific coloured emulsions. The processing was unreliable – the plate alignment difficult. Processing of colour remained impractical other than a curiosity. Other early systems included a filters systems and three coloured lenses. Both these systems were expensive, failing to achieve reliable results.

Successful colour processing came to market in 1907 from the French Lumière brothers. The ‘Lumière Autochrome’ process used dyed potato starch. The process was about ten times more expensive than a black and white plate. It did produce realistic colours, although Surviving examples are faded or washed-out today. Long exposure times, prevented hand-held shots. The process was a success, yet colour plate processing made little practical impact on photography until after World War II. In the time leading up to 1930 millions of Autochrome plates were sold. Thereafter the process moved onto film. Its continued success lasted to the 1950s. Processes developed from this early colour film survived until the end of the 20th Century.

The Autochrome process and its successors were paralleled by other workable colour processes. The first ‘modern’ colour process became available in 1935. Kodak in America developed the “Integral Tripack” colour film called Kodachrome (a name derived from an earlier but different process). The film had three layers of emulsion coated on it. Each recorded one of the primary colours red, green or blue. After exposure in the camera, the film was developed in the lab. In three processes each layer of the emulsion was separately developed and colour penetrated. The process became popular for 16mm movie cameras. Manufacturing improved and a version of Kodachrome became available for still-photography in 1938 – producing slides. There was no negative so prints were not possible at first.

The German company, Agfa, developed an even more stable process. Using the same principle, it was released in 1936. Again, later improved successfully by Kodak. In 1941 Kodak developed a process of printing photographic prints from slides. It proved expensive. The introduction of Kodacolor film in 1942 improved the situation. Kodacolor was designed to use a negative. This cut the printing costs and made the processing simpler.

Colour film was slow to reach widespread use. It was expensive and insensitive in low-light. It was also prone to colour casts making use difficult. As processing and emulsions improved and prices fell, colour film became more common.The expense kept colour from non-professional photography until the 1970s. Then, light sensitivity was improved. Lower prices meant colour was slightly more than black and white film. By 1980 most snapshot-format cameras and SLRs used colour films. Advances in flash bulbs made low-light use of colour film practical, particularly indoors.

The Polaroid Land Camera Model 95 came out in 1948 – named after Edwin Land. He was an American scientist who developed instant film. The camera used a secret chemical process enabling almost instant developing of the film in the camera. Within a minute the finished picture was available. The photographer had to time the film processing and had a gel-covered negative to dispose of afterwards. While expensive, instant pictures quickly caught the public imagination. This popularity saw many cameras become available and the prices fell. Poloroid remained as popularity grew.

In 1963 colour Polaroid film was released. In 1972 the processing of the film was further improved making it more straightforward to use. The Popular Polaroid format continued until 2006 when the Polaroid Company stopped film production. Digital formats were more convenient and had undermined the film market.

The 1950s were a time of unprecedented development for the camera. The Japanese in particular developed cameras with increasingly sophisticated controls. In the 1950s Asahi, later as Pentax, introduced the Asahiflex and Nikon developed the Nikon F camera (1959). These were ‘Single Lens Reflex’ (SLRs) type cameras. They are a camera which uses a semi-automatic moving mirror in the body of the camera. This enables the photographer to see through the main lens. The view is therefore exactly what will be exposed to the film. Previously, cameras were based on a viewfinder lens which the photographer looked through. It gave a parallel view to the film lens. It was not the same view as was exposed to the film. The slight differences in view changed the way the shot was framed. SLRs were designed to make composition and framing of the shot faithful to the final image. 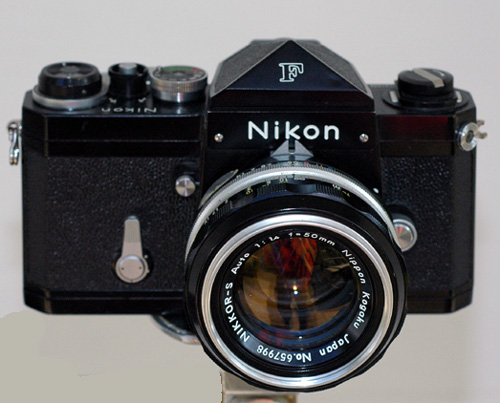 The Nikon F - Nikons first SLR released in 1959. It used manual exposure for the film and manual focus. The same Nikon 'F' mount is used today for the lenses. Off-camera flash could be fitted..

The Nikon F used interchangeable lenses and other accessories. This flexibility gave SLRs greater control over the shot. Changing lenses allowed wide angle or magnified shots to be taken using the same camera.

The flexibility, size and optics made allowed use in any location. Today the SLR continues to be the format of choice for mainstream photographers. Sophisticated controls, electronics and high quality lenses have done little to change the design excellence. The SLR has been a successful and adaptable form for the camera. It looks set to remain successful for many years.

Can you write? Of course you can!

This entry was posted in History, Insights, Starters School, Whos Who of photography and tagged History. Bookmark the permalink.