The camera can create more than a simple record of the scene. The photographer can manipulate the photographic process, under or over expose a shot, use different lenses and change the light, angles, perspective or point of view. In this way photographers create radically different views of a real scene or, equally, small or simple changes. All of these possible variations on the real scene (as viewed by the naked eye) are guided by the visualisation the photographer conjures up in advance of setting up the camera.

Visualisation is a skill that can be learned. It involves the photographer learning to create a mental image of the final photograph before shooting. It must be done in as much vivid detail and composition as possible. This creates a template for the work before it starts. This “success” template becomes a goal. It acts to guide the photographer in the creation of the final image to mentally already-achieved perfection. Typically artists and photographers create a visualisation appropriate to their interests, skills and observations.

Simple visualisation skills may only involve considering the best angle to take a shot, or the sort of light that might bring the best out in a scene. Composition and placement of items in still life or poses and props in a portrait shoot all represent potential ways to use visualisation. Typically the photographer will carry out thought experiments in advance of constructing the final visualisation to “get it right” before doing the actual shoot.

Advanced users of the technique may imagine a complete fantasy scene and spend months assembling the resources to achieve it. An example might be the directors vision for a major film. Equally it may be a photographers vision for a fashion shoot for a new line of clothes.

The term previsualisation is often used in cinematography as part of a whole process of assembling a group visualisation. The production team settle on this before a shoot. Models, simulations, wire frames and art work are used in this previsualisation. They are a way for the director and the team to create a detailed walk-through of the scene(s). They create a working plan for the shoot. The aim is to establish a quality concept of the required cinematic outcome.

How to take each important step to make a photograph
The 5 secret steps every creative photographer should know
Wait for the shot – an easy guide
Definition: DSLR; Digital Single Lens Reflex Camera 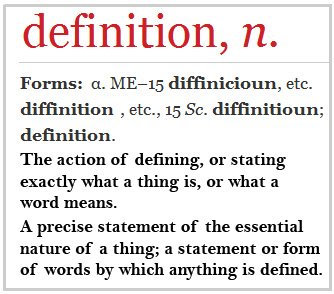 Damon is a writer-photographer and editor of this site. He has also run some major websites, a computing department and a digital image library. He started out as a trained teacher and now runs training for digital photogs.
See also: Editors ‘Bio’.
By Damon Guy see his profile on Google+.
#1854#

Photokonnexion tips by email
If you enjoyed this article please sign up for our
daily email service.
Find out more…

This site uses Akismet to reduce spam. Learn how your comment data is processed.