The hidden secrets behind doors…

Posted on April 18, 2013 by Damon (Editor) | Comments Off on The hidden secrets behind doors…

Just what is the fascination with doors?

They are the subject of an image that most photographers take at one time or another. They are important in sayings in most languages. Yet visually they act to stop you seeing within, or do they? In fact doors provide a whole range of visual and conceptual photo-opportunities.

Entering or exiting through a doorway serves as an ‘event boundary’ in the mind, which separates episodes of activity and files them away.
Professor G. A. Radvansky

While the impact of going through a doorway is clearly a significant memory event there are undoubtedly powerful social forces at work too. Many of the worlds nations have significant ‘doors’ or ‘gates’ in their social consciousness with dominant architectural sites that resemble doors to the nation. Old photographs of occupying powers at the national gate is enough to evoke tearful responses from survivors of the time. The German occupation of Paris, France, is bought to mind through harrowing pictures at the Arc de Triomphe in 1940. 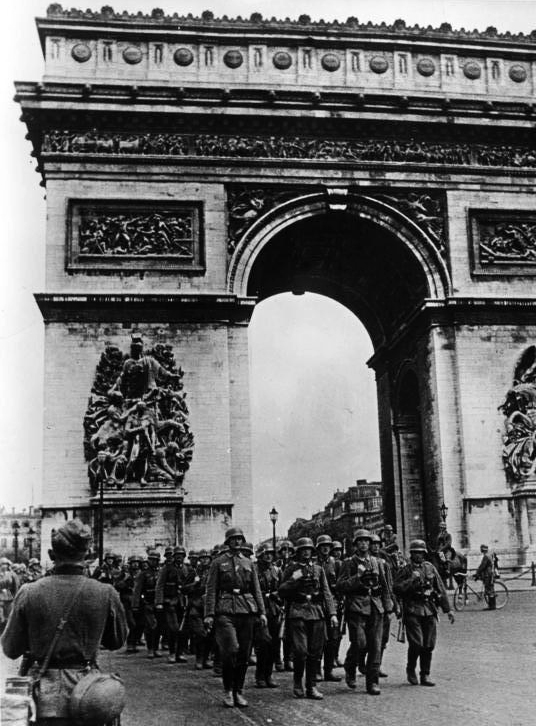 On the more mundane level we all think of our homes as the feudal lords of past times thought of their castles. Our doors are the virtual fortifications that keep the evil hordes at bay. The popular culture of police drama is always breaking the door down in a symbolic statement of violation in order to capture the “bad guy”. Doors are both a symbol of safety and a manifestation of violation when breached.

Not only do doors and gates have an impact on social and dramatic conciousness but they are important to the language too. We talk of “having a foot in the door”, or “opening doors for the future” and so on. We use the idea of doors as both a defence and as an access. Many classic stories rely on symbolic or actual doors as the focus for the story. Even science fiction has its “stargates” and “doors” to other universes. The door connects to all sorts of consciousness stretching ideas.

Doors are also a significant part of the cultural scene too. I did a search for “door” on Flickr, the popular photography social networking site. My simple search returned more than 4.5 million results! In fact doors have had a very long history in art and architecture. The ancient Greeks explored the concept of aesthetics and architecture from their earliest times. The proportions of architectural designs for doors and arches have long been associated with mathematical and aesthetic principles. It is not surprising that doors have penetrated so deeply into the modern psyche, they have a lot to say about our culture. Photographers have picked up on that fact.

Pattern: The strong similarity of the conventional shape of the door provides a large number of options for pattern photography. Doors are often dissimilar in so many ways (door furniture, colour, windows etc) that the regularity of the frame becomes the pattern forming element while the rest is the interest.

• 50 Doors in Crestview •
The regularity of the door shape make it ideal for pattern and photomontage shots.

Colour: Brightly coloured doors are almost universally photographed. People seem to want to make a statement with their entrances and photographers have gladly advertised the fact. My own picture at the top of the page is an example. Colour draws the eye.

Character and sense of place

Character: Many older buildings have wonderful old doorways. They can be found in some of the most ordinary of locations as well as more grand surroundings. The photographer with an eye to architectural detail can find some wonderful photographic opportunities in old doors.

• The hidden secrets behind doors •

Sense of place: Doors say a lot about a building and often about the type of occupation, they project a strong sense of place, of being and of architectural meaning. There are homely ones, business-like ones, run down doors, expensive, cheap… I cold go on. The door speaks about the place and people.

The grand statement: I mentioned the national gateway theme of many nations. The grand statement of ‘national’ arches or gates is paralleled by some of the grand doors of classical architecture. Huge structures, grand columns, magnificent entrances all serve to impress and awe the visitor – they tell a story of power and control behind the nation. We see equally as powerful door statements in the doors of some of today’s global businesses who’s power and money rival the historical extent of former empires.

Secrets: Closed doors pique our interest because we are all a little nosy. Who has not walked past an interesting door and wondered what lay within. Even the plainest could hide secrets we cannot even imagine. The secret, the mysterious and the hidden are all things that pull us into an image. They are interesting for themselves, but they also stimulate imagination. Often a peek in a window in association with an interesting door is a great way to give a taste of hidden fruit beyond our reach… a sure way to keep the viewer interested.

Look out for a door…

There is so much potential in this photographic subject. Sometimes you can walk right past a photo-opportunity if you are unaware. Doorways are there with us every day. They are a source for forgetting and a reason to remember. Think about photographing them. Enjoy!

Forget why you walked into the room? Blame door, say psychologists

Comments Off on The hidden secrets behind doors…