Minimalism – a lesson in reduction

Minimalist Scredriver - in the style of the 1960s.
Minimalism is about finding the essence of something.

This post is going to look at what Minimalist photography is about and provide seven tips on what to do in Minimalist shots.

Minimalism is characterised by abstaining from worldly pleasures – reducing clutter and accumulation. Minimalism is an exercise in restraint and liberation of mind and body from compulsion and temptation. It is a modern movement based on much older principles. It is heavily influenced by the Japanese traditions in Zen Buddhism, architecture and design. It draws on religious traditions which sought to cleanse mind and body of temptation and impulsive influences and to seek purity.

The more stuff in it, the busier the work of art, the worse it is. More is less. Less is more.

The concept “Less is More” is strongly expressed in 1960’s/1970’s architecture and interior design. Then, Minimalist concepts where taken to their most beautiful and functional. Architecture probably influenced photographers more than other forms of art. Photographers tend not to photograph artworks except as ‘record’ shots. The building in its environment, and its interior – an expression of ownership, lead to a compelling story. People often let the clutter of daily lives overwhelm them. Minimalists maintain order, simplicity and uncluttered environments. This fascinates photographers. 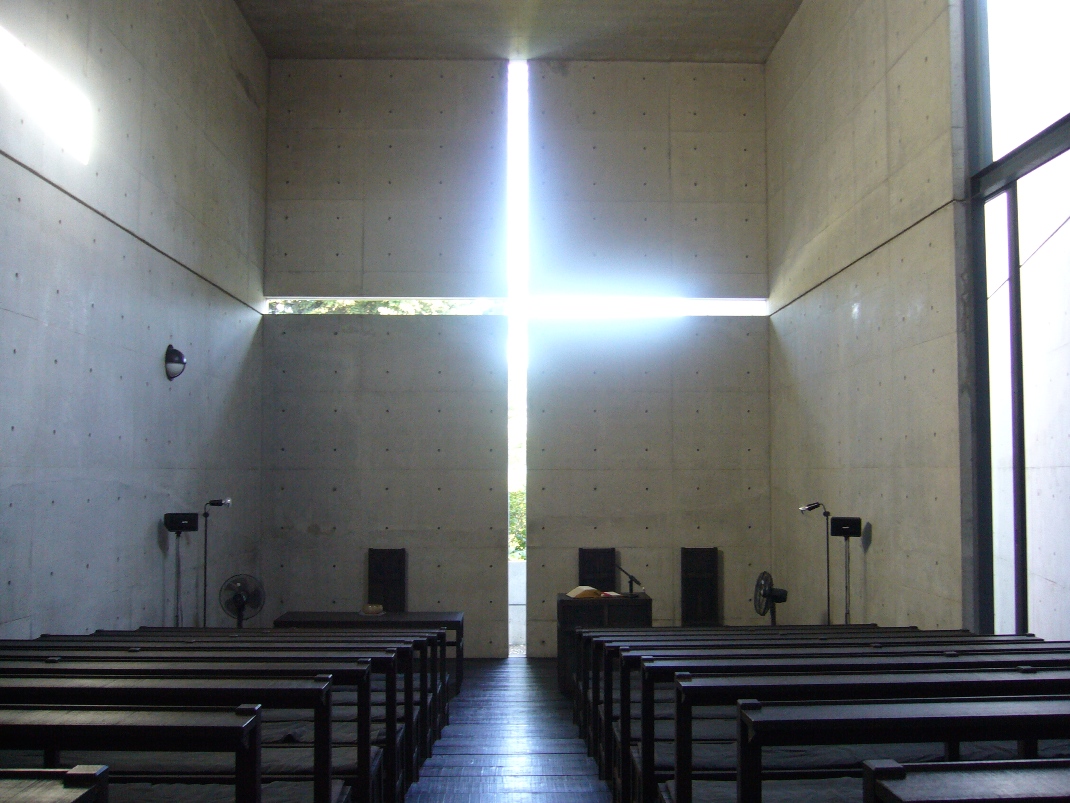 Minimalist architecture - form is reduced to the functional through simplicity. This small Japanese church, designed by Minimalist architect Tadao Ando, is an expression of the reduction principle in Minimalism. Ando integrates natural light and features, reducing the design to elegant forms portraying function.
From Wikipedia. Click to view large on Wikipedia.

Photography highlights the same tensions that are played out in architecture. There is a complex relationship between solids and space, the open (outside) and the closed (inside), and of course, contrasts of light and darkness. There is also the inner struggle that every photographer feels. We want to photograph life as it is – cluttered and disordered. Yet, we are most expressive when we reduce the photograph to the essence of what we want our viewers to see. We do this by subtracting from the photograph the distracting influences. This reduction is both the essence of modern Minimalism and the holy grail of modern photography.

Lessons for photography from Minimalism

Minimalist photography expresses the meaning in a photograph through simple expression of form. My photograph of the screwdriver above communicates its essence by reducing it to only the necessary elements. The focus centres on the blade. The MOST essential element is thrust into the forefront where the focus portrays its purpose… conveys its essence. The screwdriver IS the blade. The form portrays the essence. All else is best excluded.

So how do we achieve the Minimalist image? Through composition. Here are some tips on what to look for…

Modern Minimalist photography reduces content to emphasise essentials, displaying the subject by expressing minimal form and function. My screwdriver (above) was in the Minimalist 1960’s style. Today’s version would be more vital, stark. Minimalism capitalises on emptiness to emphasise meaning in what IS shown. The negative space defines the positive space where the meaning lies. Today’s rendering of the screwdriver would be like the shot below.

High-key shots are a feature of recent Minimalist photography: the use of emptiness through negative or white space is a compositional design to emphasise the essence of the subject. Clean lines, shape and form are a marque of Minimalist art.
(Click to view large).

Learning to take a minimalist view helps you isolate important elements in your photograph. Look to remove clutter, express space, reduce distractions. The simplicity of the remaining elements will strengthen your shot.