Hard light creates shadows with a sharp edge. There is a negligible transition from light to dark. Hard light is created by strongly focussed light travelling from a small (or relatively small), single-point light source like the Sun, a focussed beam of light, or an undiffused light bulb).

Hard light creates sharp lines with little or no
graduation of the shadows from light to dark. 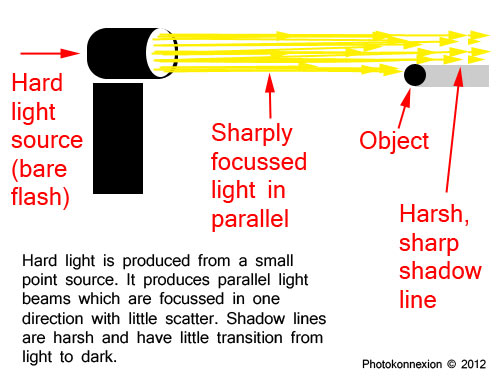 Hard light is generated from a small point-source of light that sharply focusses the beam. It creates sharp, harsh shadow lines in the subject.

On the web:
Virtual lighting studio by zvork (interactive)

The importance of eggs